A tale of the absurd 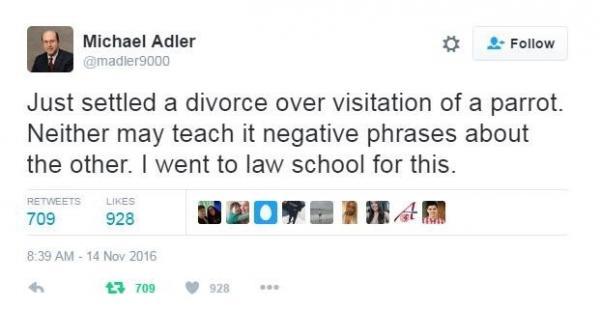 A friend (who is also a family lawyer) recently shared this with me. We laughed because, whilst seemingly absurd, most family lawyers have similar stories to tell.

Disputes over who gets custody of the dog are surprisingly common. Cats, not so much.

Another classic that comes to mind is a dispute over who kept the Harry Potter DVD collection. And another about who got to keep the cutlery set. As lawyers, by the way, we know we’re in for a protracted dispute if people are arguing about spoons.

And here we get to the root of the problem – you’re not really arguing about the stuff, the stuff is the smokescreen for feelings of anger, pain, betrayal or entitlement.

My advice? If you feel like you need to ‘go there’ over something that’s not really worth the fight, make an appointment with a counsellor to deal with the negative feelings. Don’t waste your money having a legal battle over objectively trivial things.

My experience in family law, which is really a microcosm of how people deal with conflict in life generally, is that happy people are willing and able to let the small stuff go so that they can move on to better things.